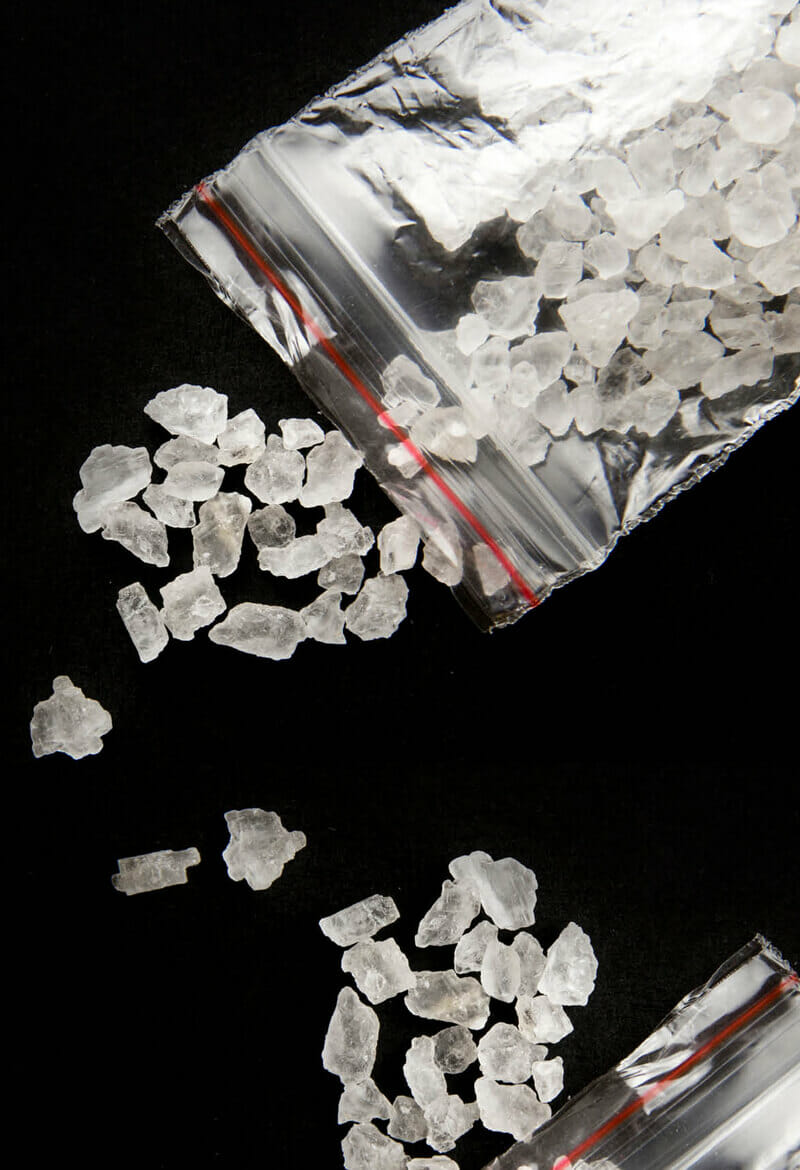 Bath Salts: A Synthetic Drug You Don’t Want in Your Bath

WHAT ARE SYNTHETIC CATHINONES (“BATH SALTS”)

“Bath salts” is the name given to synthetic cathinones, a class of drugs that have one or more laboratory-made chemicals similar to cathinone. Cathinone is a stimulant found naturally in the khat plant, grown in East Africa and southern Arabia.

Chemically, cathinones are similar to amphetamines such as methamphetamine and to MDMA (Ecstasy or Molly). Common lab-made cathinones found in “bath salts” include 3,4-methylenedioxypyrovalerone (MDPV), mephedrone (Drone, Meph, or Meow Meow), and methylone, but there are many others. These lab-made cathinones can be much stronger than the plant product and can cause harmful effects.

How Bath Salts Are Used

“Bath salts” are usually swallowed, snorted through the nose, inhaled, or injected with a needle. Snorting or injecting is the most harmful. “Bath salts” are usually white or brown crystal-like powder and are sold in small plastic or foil packages labeled “Not for Human Consumption.” They are sometimes labeled as “plant food,” “jewelry cleaner,” or “phone screen cleaner.” They are sold online and in drug product stores. These names or descriptions have nothing to do with the product. It’s a way for the drug makers to avoid detection by the Drug Enforcement Administration or local police.

The lab-made cathinone products sold as “bath salts” should not be confused with products such as Epsom salts (the original bath salts) that people add to bathwater to help ease stress and relax muscles. Epsom salts are made of a mineral mixture of magnesium and sulfate.

“Bath salts” are sometimes marketed as cheap substitutes for other drugs such as MDMA (Molly or Ecstasy) or cocaine. Methylone, a common chemical in “bath salts”, has been substituted for MDMA in capsules sold as Molly in some places. There is no way to know what is in a dose of “bath salts” other than testing it in a lab.

Although the law also bans chemically similar versions of some of these drugs, manufacturers have responded by making new drugs different enough from the banned substances to get around the law.

At the end of the last decade, bath salts began to gain in popularity in the United States and Europe as “legal highs.” In October 2011, the Drug Enforcement Administration put an emergency ban on three common lab-made cathinones until officials knew more about them. In July 2012, President Barack Obama signed legislation permanently banning two of them—mephedrone and MDPV, along with several other lab-made drugs often sold as marijuana substitutes (like K2/ Spice).

What happens to your brain when you use synthetic cathinones (“bath salts”)?

The lab-made cathinones in “bath salts” can temporarily produce feelings of joy and increased social interaction, including an increased sex drive. But they can also cause paranoia, nervousness, and hallucinations (seeing or hearing things that are not real).

There is a lot we still don’t know about how the different chemicals in “bath salts” affect the brain. Researchers do know that bath salts are chemically similar to amphetamines, cocaine, and MDMA. Therefore, some of the effects of “bath salts”—such as feeling energetic and agitated—are similar.

“Bath salts” raise the level of one type of neurotransmitter, called dopamine, in brain circuits that control reward and movement. Dopamine is the main neurotransmitter that relates to the brain’s reward system—the system that tells us we feel good. Circuits in the reward system use dopamine to teach the brain to repeat actions we find pleasurable. Drugs take control of this system, releasing large amounts of dopamine—first in response to the drug but later mainly in response to other cues associated with the drug, like when you see people you use drugs with, or places where you use drugs. The result is an intensive motivation to seek the drug.

Additionally, the hallucinations often reported by people who use “bath salts” are similar to the effects caused by other drugs such as MDMA or LSD. These drugs raise levels of the neurotransmitter serotonin.

What happens to your body when you use synthetic cathinones (“bath salts”)?

There have been thousands of reports of emergency room visits from “bath salt” use. These reports show people who use bath salts have needed help for heart problems (such as racing heart, high blood pressure, and chest pains) and symptoms like paranoia, hallucinations, and panic attacks.

Use of “bath salts” sometimes causes severe intoxication (a person seems very drunk or “out of it”) and dangerous health effects. Some people experience a syndrome known as “excited delirium” after taking bath salts—they become psychotic (losing touch with reality) and violent. They might also have dehydration, breakdown of muscle tissue attached to bones, and kidney failure.

In addition, people who use “bath salts” by injecting them risk getting HIV or hepatitis (a liver disease) if they share needles. Read more about the link between viral infections and drug use.

Can you overdose or die if you use synthetic cathinones (“bath salts”)?

Yes. Intoxication from several man-made cathinones, including MDPV, mephedrone, methedrone, and butylone, has caused death among some people who have used bath salts. Snorting or needle injection of bath salts seems to cause the most harm. Mixing “bath salts” with other drugs, including alcohol, can be especially dangerous.

What are the other risks of using synthetic cathinones (“bath salts”)?

Another danger of “bath salts” is that they might contain other ingredients that cause their own harmful effects. There is no way to know what is in a dose of bath salts other than testing it in a lab.

In turn, there have been reports of other drugs containing bath salts. For example, hundreds of ecstasy capsules tested in two South Florida crime labs in 2012 contained methylone, a dangerous synthetic cathinone.

Yes. Research shows bath salts are highly addictive. People who have used “bath salts” reported that the drugs cause an intense urge to use the drug again. Frequent use might cause tolerance (a person needs to take more of the drug to feel the same effects), dependence, and strong withdrawal symptoms when not taking the drug. Withdrawal symptoms might include:

What should I do if someone I know needs help?

If you, or a friend, are in crisis and need to speak with someone now:

If you want to help a friend, you can:

If a friend is using drugs, you might have to step away from the friendship for a while. It is important to protect your own mental health and not put yourself in situations where drugs are being used.

For more information on how to help a friend or loved one, visit our Have a Drug Problem, Need Help? page.

Where can I get more information?